There are many natural metabolism boosting ingredients that can help to jump-start your metabolism. The ones that we recommend are:

Raspberry ketone is a natural compound derived from, you guessed it, the red raspberry. The ketone provides raspberries with their unique scent and flavor. This major aromatic compound of red raspberry (Rubus idaeus) has a structure similar to that of capsaicin (a key component of hot peppers) and synephrine (a stimulant) – both of which are known to modify lipid metabolism while additionally taking anti-obese action.

Raspberry ketone can exercise fat burning effects on several areas of the fat cell. Dietary intake of raspberry ketone in mice studies has exhibited the ability to prevent high-fat diet-induced elevation in body weight and to increase the removal of fats from fat stores in white adipocytes (the unfavorable type of fat cells).

Caffeine is a naturally occurring crystalline xanthine alkaloid that is regularly consumed worldwide, and it is one of the most commonly used ingredients in weight loss supplements. Not only does it provide an obvious short-term energy boost, it also provides many potential health benefits. Caffeine has many valuable effects on exercise performance and energy, it stimulates the Central Nervous System and it activates the metabolism.

Caffeine is one of the most popular metabolism boosting ingredients, which causes you to burn more calories and potentially lose weight. It is believed to increase metabolic rate of muscles via the release of catecholamines, chemicals that function as messages between brain cells and tissues, such as adrenaline. Even a small increase in metabolic rate can cause the body to release energy as heat via thermogenesis, rather than the unfortunate alternative – converting it into body fat. Research has even shown caffeine’s ability to increase metabolic rate for up to a day following ingestion.

Pretty much everyone has heard that Green Tea is good for you. It has been a commonly consumed beverage known for its significant health benefits since 2700 BC, when Chinese emperor Shen Nung discovered its detoxifying effects. It improves blood flow, maintains stable blood sugar levels in diabetics, lowers cholesterol and blood pressure, and helps protect against damage incurred by a high-fat diet.

Green tea’s impact on weight loss is partially attributed to the thermogenic capabilities of green tea, a physiologic process that helps burn calories. Its thermogenic capacity is likely related to a synergism of caffeine and catechins which enhance sympathetic stimulation of thermogenesis, ultimately increasing energy expenditure. Caffeine stimulates thermogenesis and fat breakdown. Green tea’s ability to stimulate thermogenesis is not solely based on caffeine, given that the effect is greater than that which is associated with caffeine alone. Further, catechin polyphenols increased the respiration rate of brown fat thereby activating thermogenesis.

Bacopa monnieri is another one of the metabolism boosting ingredients we recommend, and is small herb with oblong leaves containing light purple flowers. It is commonly known as Brahmi, which is a creeping plant found in marshy areas in India. It belongs to the family Scrophulariaceae. This plant has been used for over 3000 years as an Indian Ayurvedic medicine to enhance cognitive function by improving memory, increasing brain function, or promoting longevity.

This unique compound is considered a powerful adaptogen, as it enhances the body’s resilience against a background of physiologic stressors. In doing so, it also increases the body’s ability to fight against the harmful effects of infection and oxidative damage. Scientific research has found that adaptogens can increase tolerance to mental exhaustion and endurance in situations that are associated with decreased performance. This explains how Bacopa can be helpful in reducing stress related cravings and hunger, by reducing the body’s overall response to stress.

Bacopa Monnieri has also been associated with having a positive impact on hypothyroidism. It helps by stimulating thyroid function and helping to regulate the production of important thyroid hormones. This is considered as another metabolism boosting ingredients, especially in those who have low functioning thyroids. 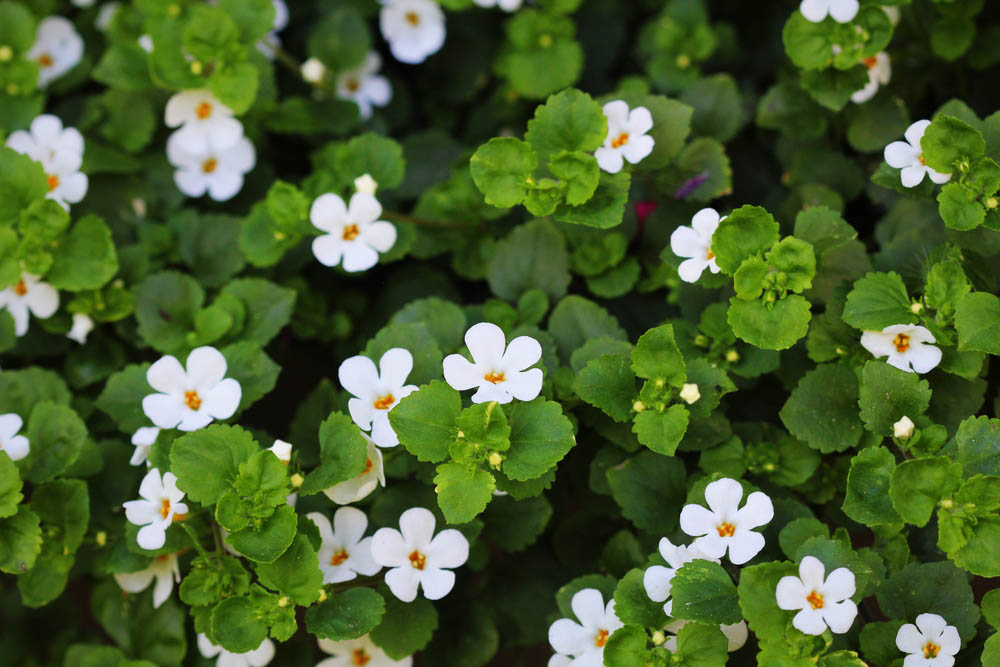 Evodiamine is the predominant component of Evodia rutaecarpa Benth, a traditional Chinese medicinal plant. The fruit of evodia rutaecarpa is regarded as a ‘hot nature’ herb in Chinese literature. It has become popular for its use as a weight loss supplement, as it can be used to break down fat, reduce kidney and liver fat deposits and it can decrease levels of free fatty acids, triglycerides and cholesterol.

Evodiamine has gained prominence for its weight loss and anti-inflammatory effects, as well as its treatment of generalized abdominal complaints. In mice studies, evodiamine was able to stimulate the fat breakdown, increase heat dissipation, and encourage energy consumption. Evodiamine can also reduce kidney and liver fat depositions, which results in decreased levels of free fatty acids, triglycerides, and cholesterol in the human body. Taken together, these metabolism boosting ingredients help prevent fat deposition around important organs and regulate weight gain.

Some studies have reported that evodiamine possesses anti-obesity effects, similar to those found from capsaicin chili peppers. Since evodiamine has no taste, it is a great option for those who cannot tolerate spicy foods, but are looking see the benefit in speeding up their metabolisms through this effect.

Bitter orange fruit is a citrus source used historically in traditional Asian medicine and today used often as metabolism boosting ingredients. It is a stimulatory compound, like ephedra, but unlike ephedra it is completely safe as long as it is administered in the correct doses.

Bitter orange is another one of the metabolism boosting ingredients we recommend, and has been shown in studies to not significantly affect the heart rate or blood pressure. Clinical efficacy studies have found that bitter orange and multi-ingredient supplements containing bitter orange produce an increase in resting metabolic rate and are effective in inducing weight loss and reducing body fat more than diet and exercise alone – without causing adverse effects. Beyond that, it contains a family of indirect-acting adrenergic amines (B-sympathicomimetics) that facilitate the utilization of energy substrates, stimulate metabolic processes, favor uptake of amino acids into muscle, increase lipolysis (breakdown of fat) and can exert mild hunger-suppressant effects. 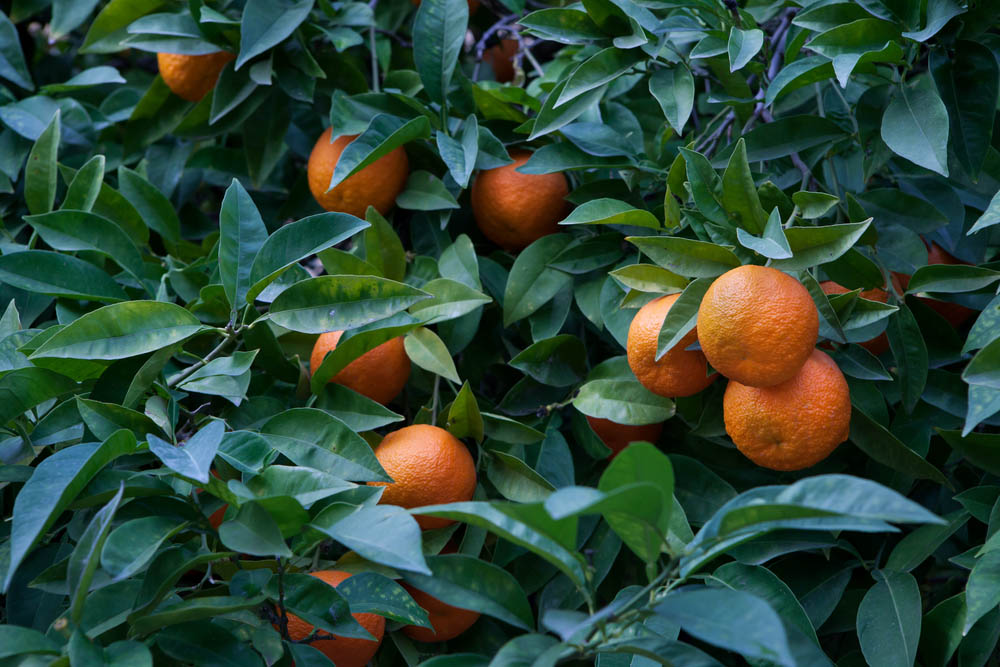 Higenamine is an herb found in plants, such as aconitum napellus that have been used in Chinese and Japanese cooking. It became well regarded in China for its homeopathic use in respiratory complications, coughing, and the promotion of cardiovascular health. As for its application in the world of metabolism boosting ingredients, higenamine’s power as a stimulant gained it prominence as a novel stimulant with a high degree of safety.

As a pre-workout supplement Higenamine helps increase energy, improve focus, and enhance mental clarity. Recently, this natural supplement has proven beneficial to cardiovascular and respiratory disease due to its ability as a β-adrenergic receptor agonist. By activating these receptors, higenamine has the ability to enhance lipolysis and thermogenesis, fat breakdown and calorie burn, respectively. Higenamine stimulates specific enzymes that enhance the fat-burning effects of hormones involved in the metabolic processes of underlying adipose (fat) tissue destruction. Given higenamine’s ability to enhance fat oxidation, the combination of exercise and supplementation with this natural compound should synergistically allow people to maximize their fat burning.

You can use one or all of these metabolism boosting ingredients to help speed up your metabolism, making it easier for you to lose weight, but you will have the best results from taking a product that utilizes them all together to provide you with the most effective solution to easily reach your goals.

We use cookies to improve user experience, and analyze website traffic. For these reasons, we may share your site usage data with our analytics partners. By interacting with any link or button outside of this notice or continuing to the site, you consent to store on your device all the technologies described in our Cookie Policy. Ok